Artificial intelligence involves developing complex software algorithms that can perform tasks that would normally require human intervention. Tasks that require visual perception, speech recognition, decision-making and language translation are being done efficiently and flawlessly by the robots. The software systems are designed to not only collect information but also analyse and produce results based on that information. The advanced algorithms can learn which places you often travel to, what activities you often like to perform, which locations you often take a holiday to and so on. AI has enabled software systems to even recognize images and suggest more results based on that analysis. Google already has a system named Vision Artificial Intelligence Platform that can scan and identify images, analyse them, and recognize landmarks, sceneries and much more.

According to PWC, Augmented Reality is ‘addition of information or visuals to the physical world, via a graphics and/or audio overlay, to improve user experience for a task or product. Supplemental devices are used to render and display ‘augmentation’. Despite the common misbelief, Augmented Reality is very different from Virtual Reality. The best example of one of the most successful products offering augmented reality is Pokemon Go. Companies like Blippar and Monarch Airlines have already put this technology to good use and many hotels are taking advantage of the Pokemon Go craze.

Software algorithms have advanced to a point where they can be used to perform complex tasks like recording and confirming transactions with complete reliability and anonymity. This information is then supplied to many parties and is protected against any change as the downstream chain reinforces upstream transactions. This technology is used by air transport industry to help identify passengers. A demo of how this technology can work and benefit us, is available at SITA Lab.

Drones are air or water based devices and vehicles that fly without an on-board human pilot. These are unmanned aerial vehicles that are operated autonomously. They usually have a predefined flight plan or can be controlled remotely via on-board computers. EasyJet said in 2014 that it was using such devices for maintenance.

Internet of things is a network of interconnected devices and/or vehicles with embedded sensors, software, network connectivity and compute capability, that can collect and exchange data over the internet. The term IoT represents any device that is connected and accessible via network connection.

Robots are electro-mechanical machines that assist human activities. They are capable of automation and augmentation either autonomously or according to set instructions. This technology is implemented by Schipol airport and they have named their robot as Spencer. A similar robot is a relay robot from Savioke.

Virtual reality is a computer generated simulation of a three-dimensional image or a complete environment that users can interact with in realistic ways. VR typically requires an equipment and offers an immersive experience. Google Daydream is one such VR implementation in the travel industry and it is driving massive adoption of the technology.

What are your thoughts on these mega tech trends? Do you think we have missed any? Do let us know in the comments section below and also join us on Facebook, Twitter, Google+ and Linkedin. 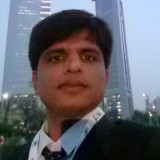 Inventive project manager at work, and running enthusiast at heart, Nitin takes care of development for new project launches. His innovative and persistent attitude towards work never fails. During his free time Nitin enjoys trail runs, and also participates in various marathon’s held in Mumbai and on the outskirts as well.